The story of the Sunshine Nut Company is one of the best stories we at ISEBOX have ever heard. That’s not just lip service. In talking to Ryan Shenk, Manager of US Operations at Sunshine Nut, it’s hard not to get excited about what these guys are doing.

In 2004, company Founder Don Larson, who was working for Hershey at the time, traveled across the Atlantic to survey the African Bush of Ghana for potential cocoa buying. What he found during his trip was immense poverty in a way that shocked him. Don was moved by the people of Africa and their plight.  A couple years later, he felt led to develop a business model which would have a lasting change to the living conditions of the poor and orphaned of sub-Saharan Africa. Don quit corporate life and moved his family to Mozambique, Africa in 2011, with the purpose of building food factories to create lasting economic change there.

Ryan, just out of college, volunteered for 5 months at Sunshine Nut Company. During those months he was in Africa, he fell  in love with the country and the people.   He came back to his new job in America but quit 6 months later to join Sunshine Nut Company.  He now handles their sales and distribution work in the USA.

Sunshine Nut Company works on a 30/30/30 approach. Their profits are re-invested in Mozambican communities with a total of 90% of proceeds going to transformative initiatives. 30% goes to supporting farming communities through ‘hand-up’ assistance, 30% to caring for orphans and vulnerable children, and 30% to creating new food companies.

The company is using ISEBOX in a few distinct ways:

One such story is that of Cecilia (12), Madelena (6) and Antonio (3). The founder and his wife (pictured in the photo) heard about the children from one of the employees. The children’s father was killed in a truck accident and their mother took her own life. They wasted no time in finding these three a small house to live in, asked Sunshine Nut employees to help them renovate it, and placed the children with a caretaker who was also in need. Together, this new family is able to survive and thrive because of the heroic Sunshine Nut Company’s efforts.

To learn more about what Sunshine Nut Company is up to, visit their website at www.sunshinenutcompany.com and follow along on their journey with ISEBOX as they add new content. 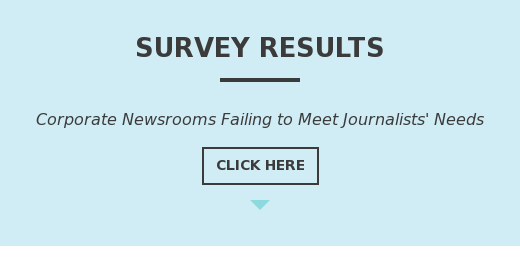 Public Relations Automation, Part 1: Organize Your Campaigns & Content
5 Ways For You To Excel In Marketing/PR Today